As promised here comes my report from the European Permaculture Convergence, which took place from the 25th to the 30th of July on the shores of Lake Batak in the Rhodopi Mountains of Bulgaria.  Apologies for the delay in reporting back, we traveled for another 3 weeks after the event.

The setting was an eco-camping site in an area of great natural beauty.  280 participants from over 25 countries showed up.  It became some sort of hybrid between a conference and a festival.  Days started with a morning circle, usually led by maverick Mr. Bulgarian Permaculture, Misho. 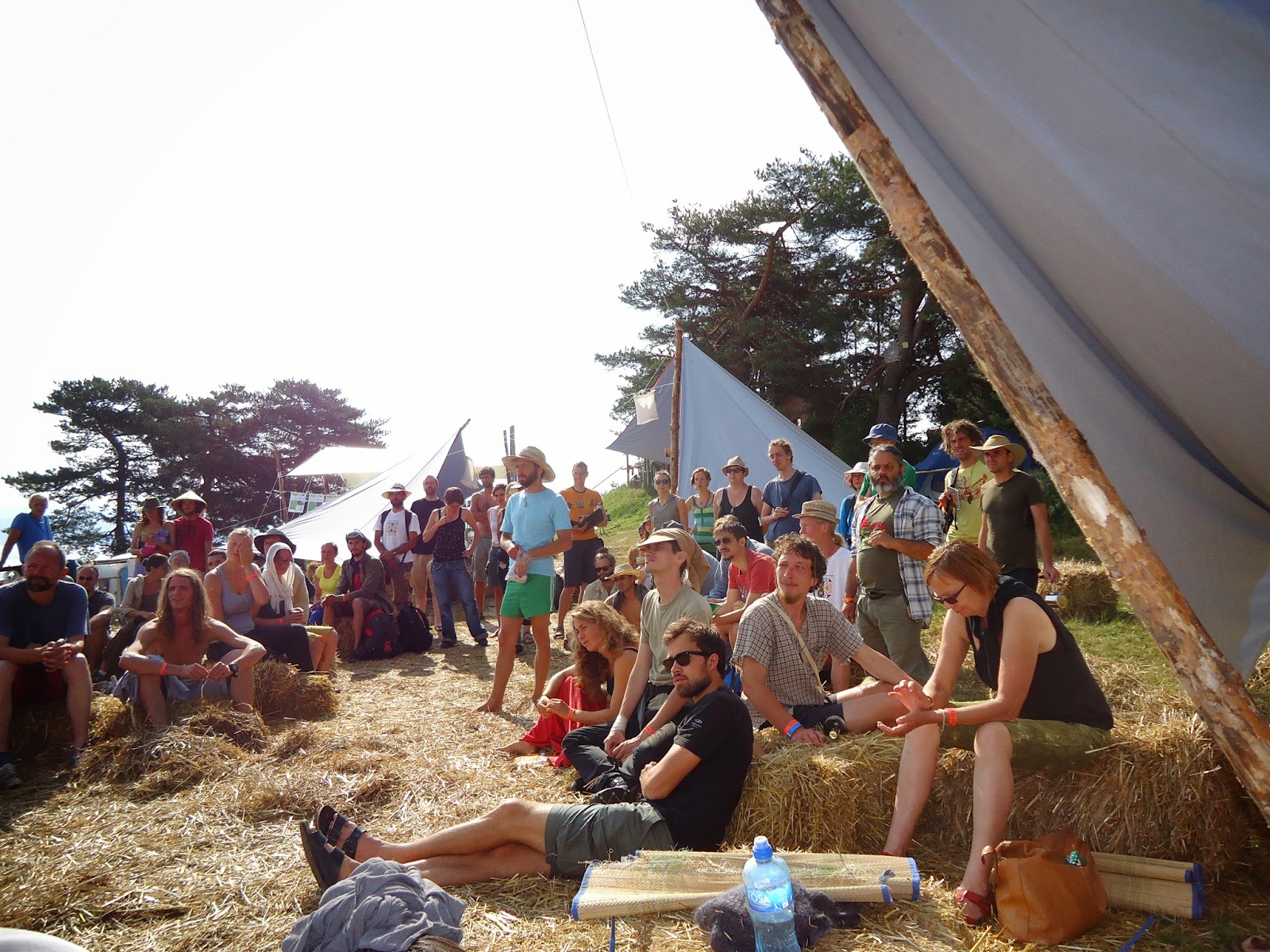 The first task was to organise the workshops in an open space format. 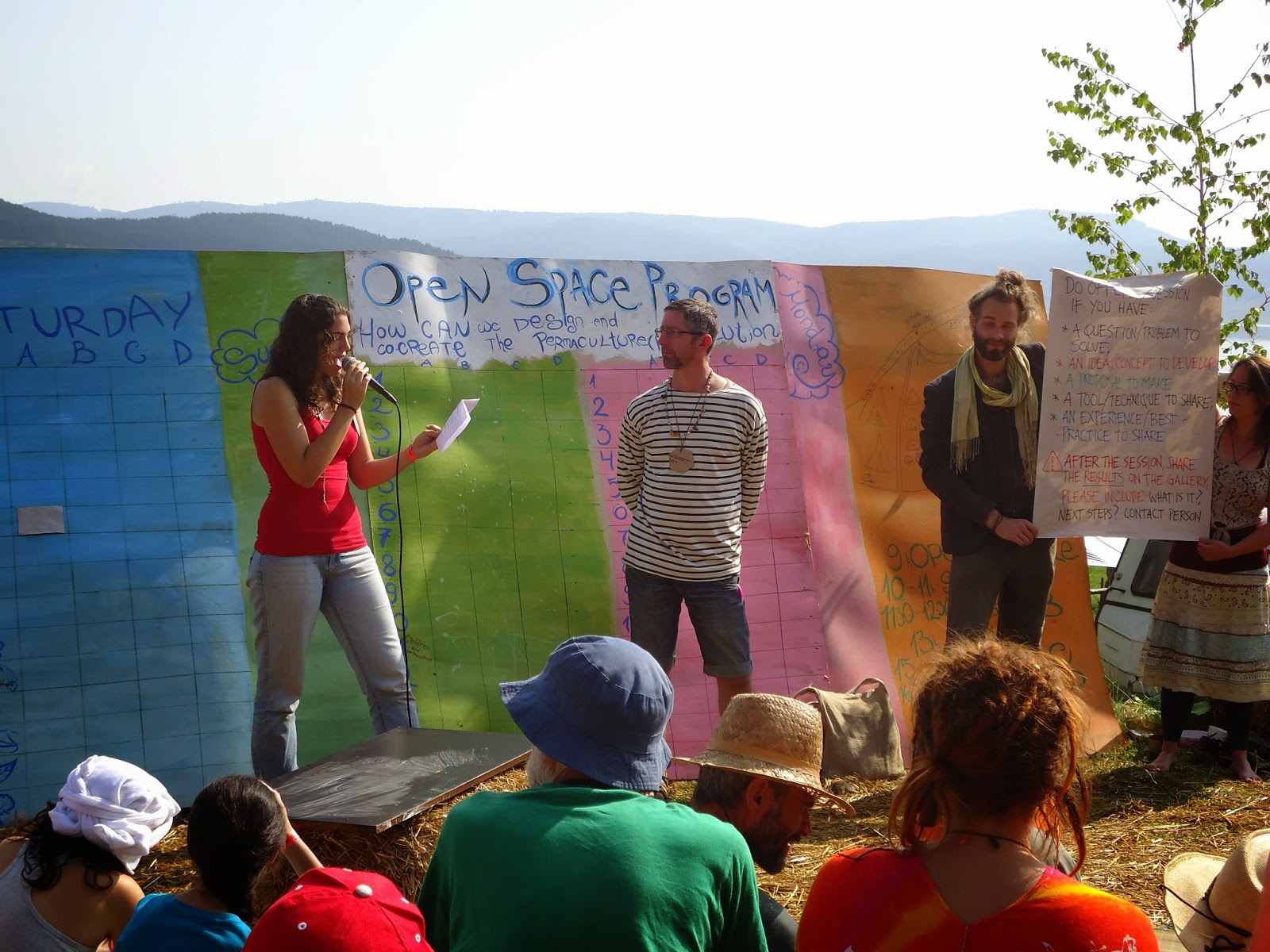 That meant anyone was invited to stand up and propose a workshop, announce it, find a time and a space for it.  So you wrote your proposal on a piece of paper... 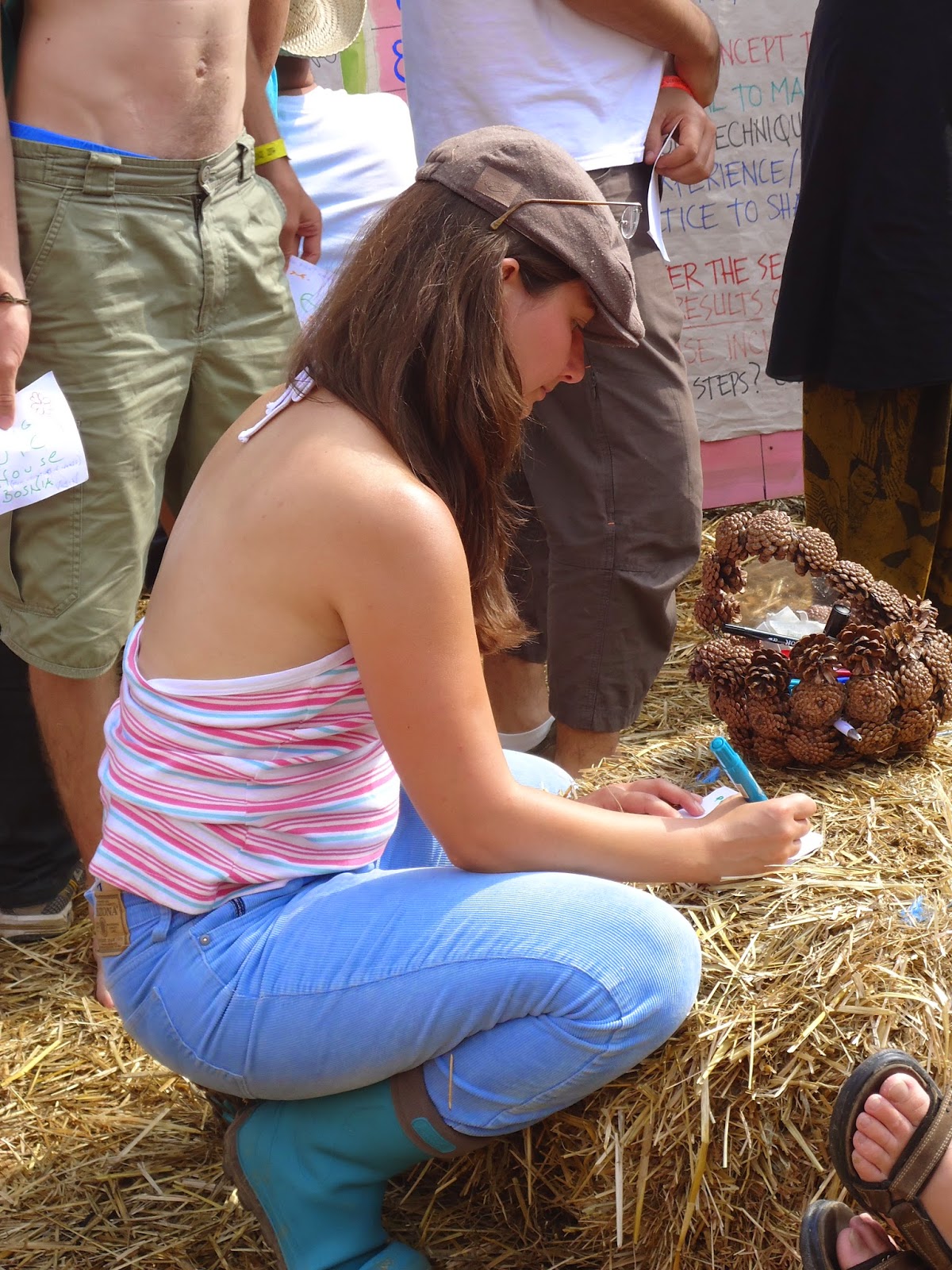 and announced it.  There could be joint proposals. 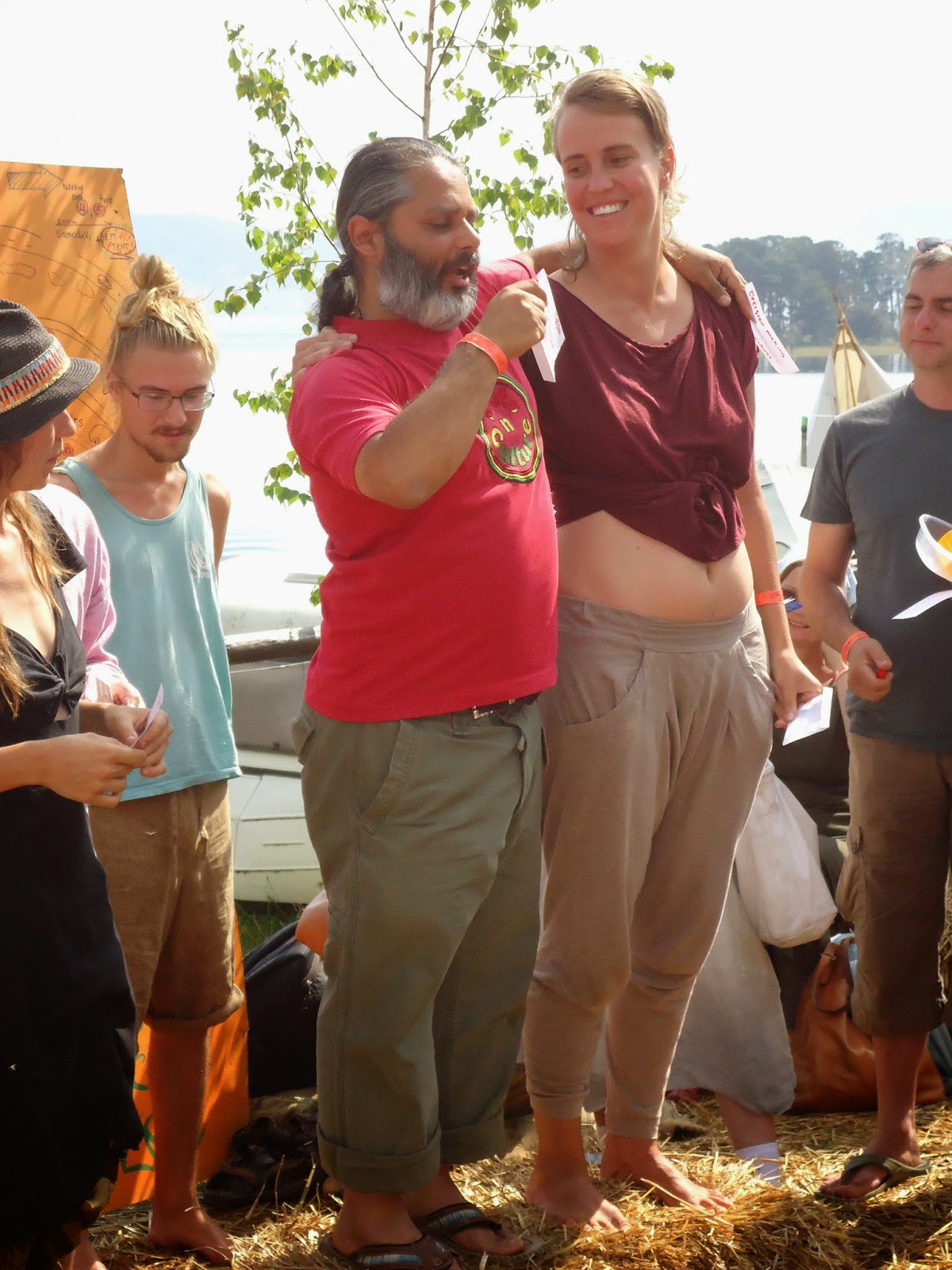 The person proposing the workshop did not have to be an expert in the field, but perhaps simply wanting to know more about the subject, but they were responsible for the running of the workshop they proposed.  Some 200 workshops were thus soon on the board.

Then the serious business began of running and/or attending those workshops.  Of course I ran a foraging walk together with 'Extreme Salad Man' and perennial vegetable expert Stephen Barstow.  We complemented each other well.  The biodiversity in the Rhodopi Mountains is so great that during a 2 hour foraging walk we only managed to move about 200m away from the camp.

Other workshops explored subjects like 'Money - do we need it? How do we get it?' 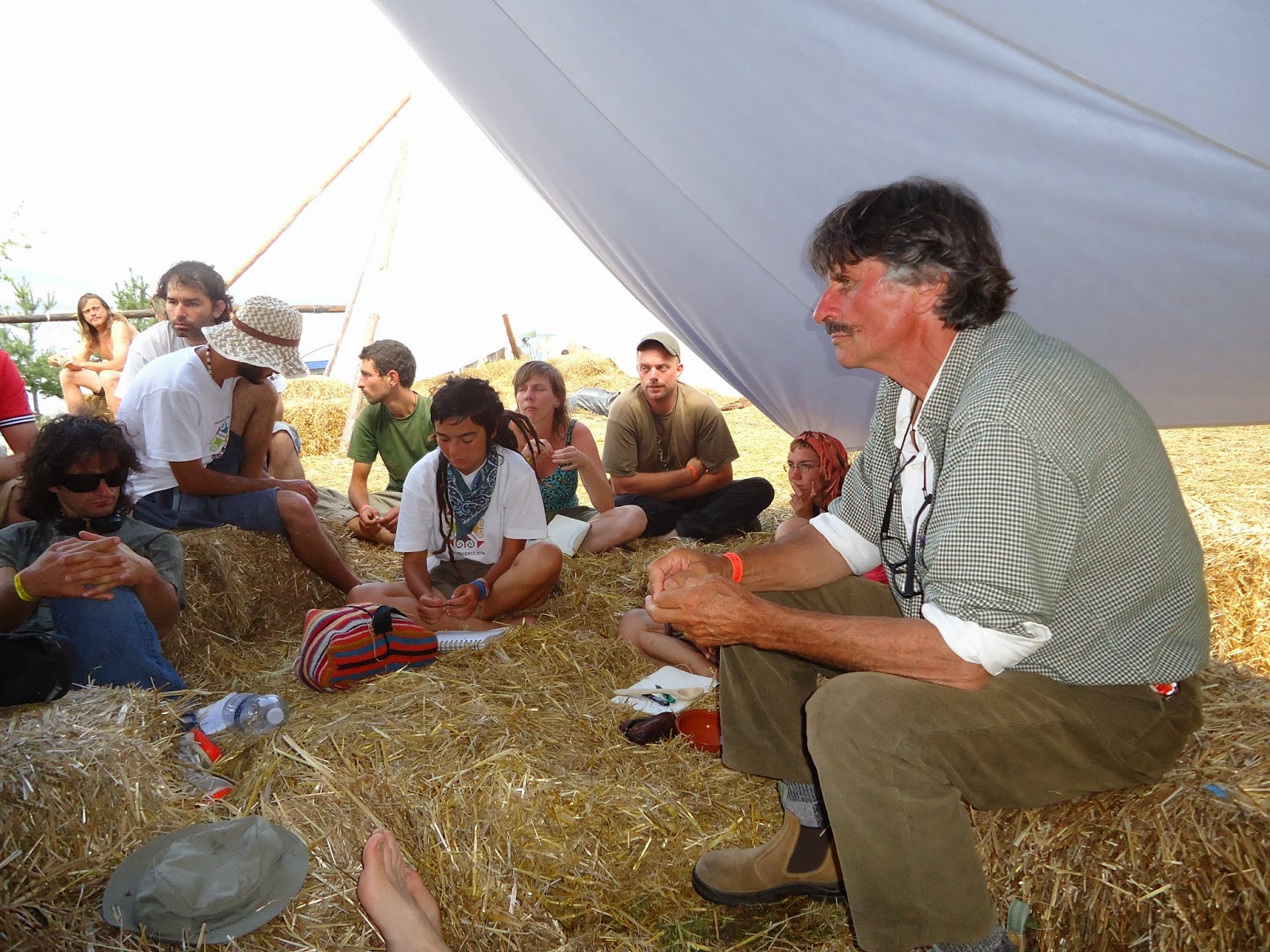 The next big step for permaculture into the mainstream: 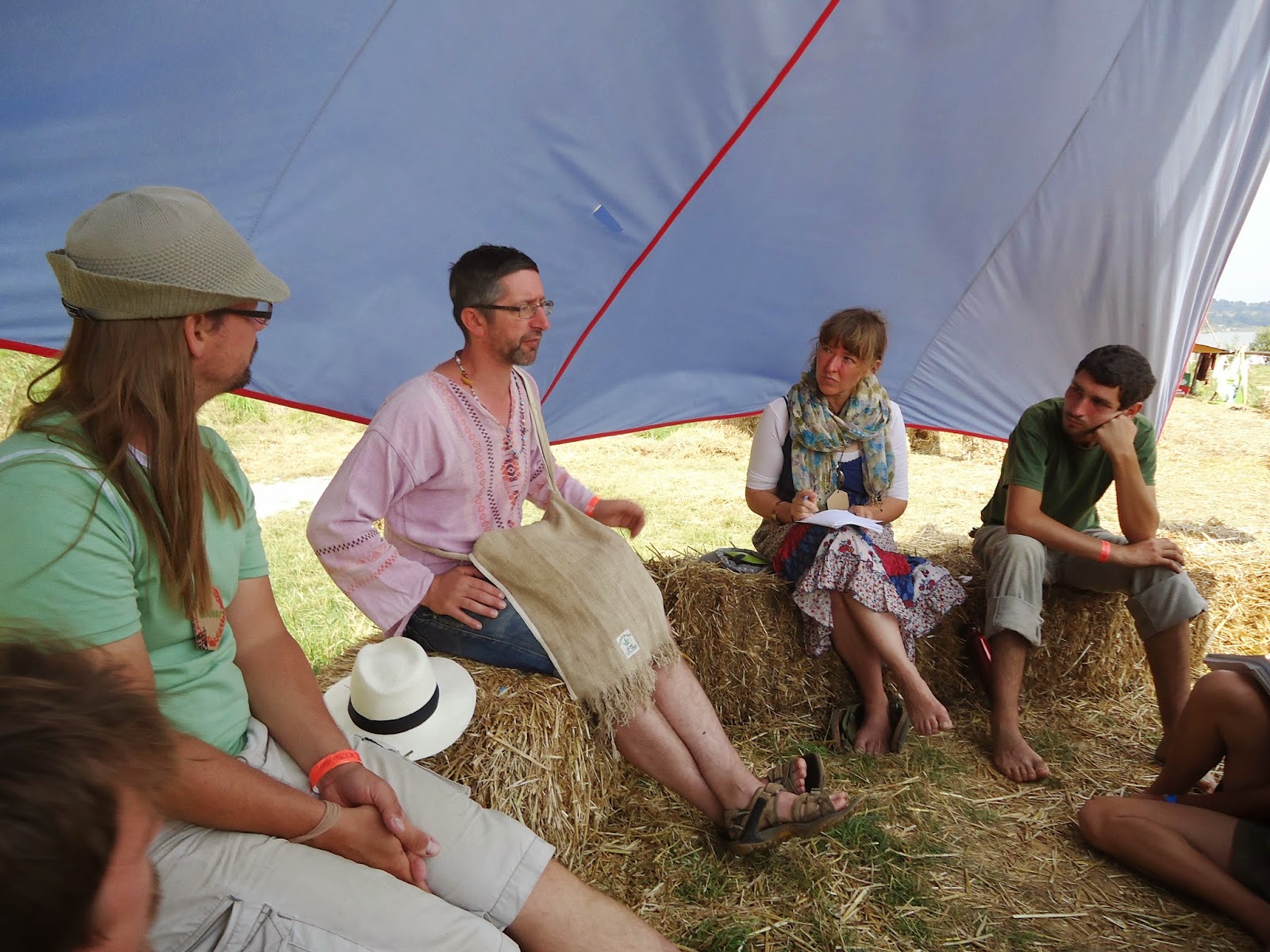 How to make rich earth seedling pots with practical demonstrations: 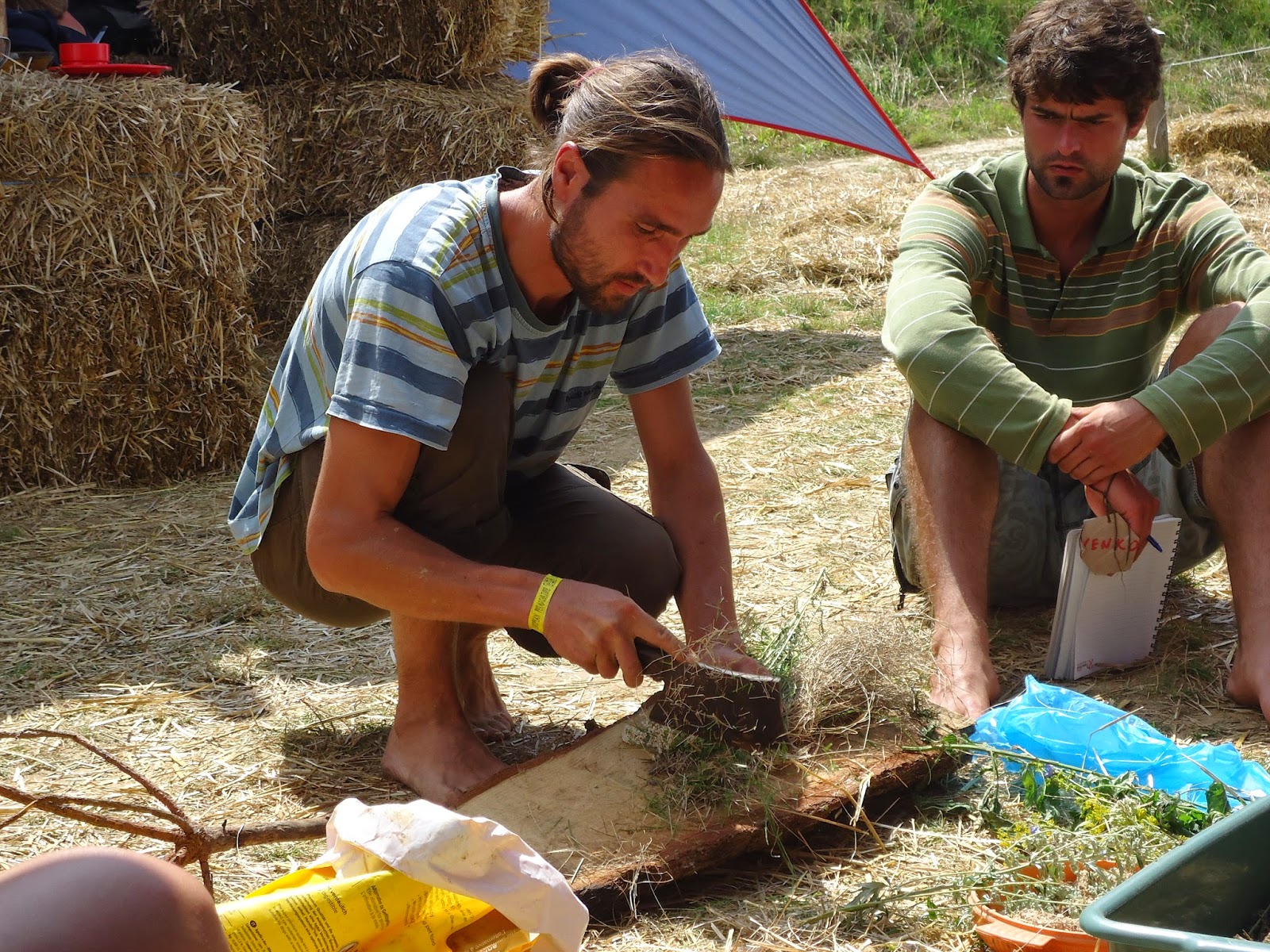 How to use music in permaculture teaching run by Peter Cow and attended by the inimitable Charlie McGee and his ukulele of the Formidable Vegetable Sound System. More of both of them in the video at the end. 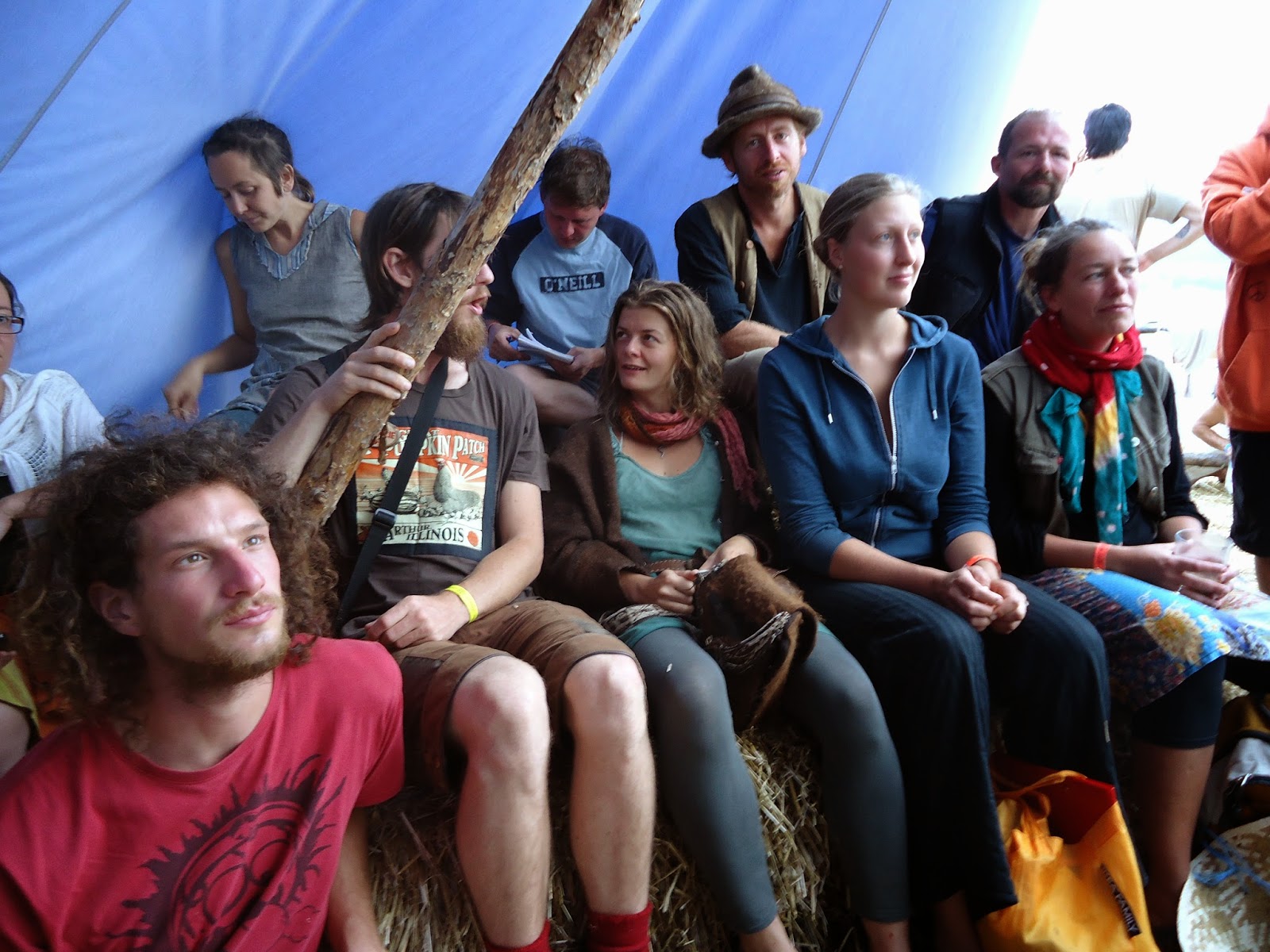 Other workshops got quite heated as we discussed sociocracy and the state of politics in Bulgaria as the government had just resigned days before the convergence (a sign?) 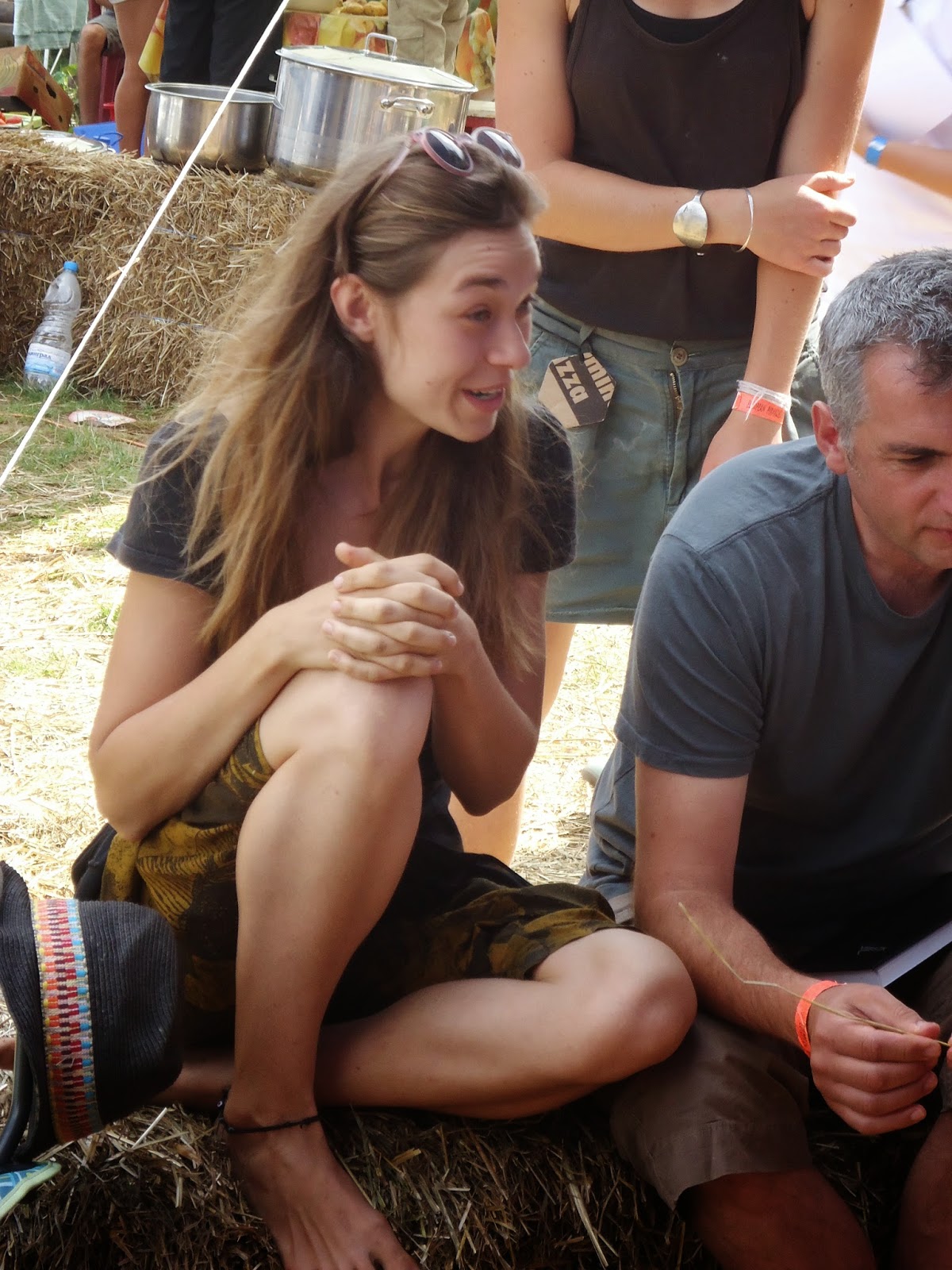 Other workshops explored permaculture games, talked about biodynamic growing, education, etc., new networks were formed, especially across the Balkans and so it went on. 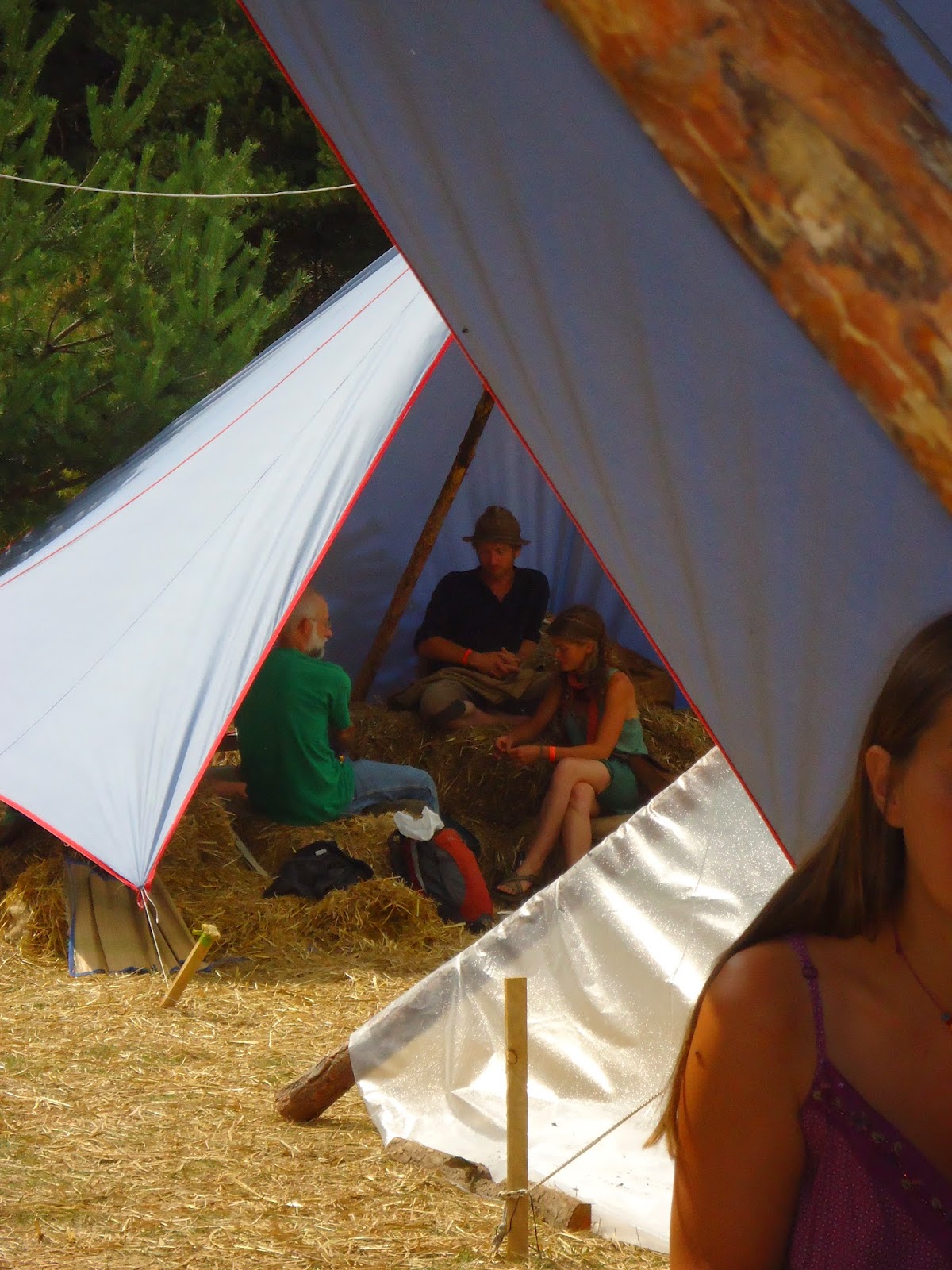 In the end each workshop presented their results on some paper and hung it up in the gallery for all to see. 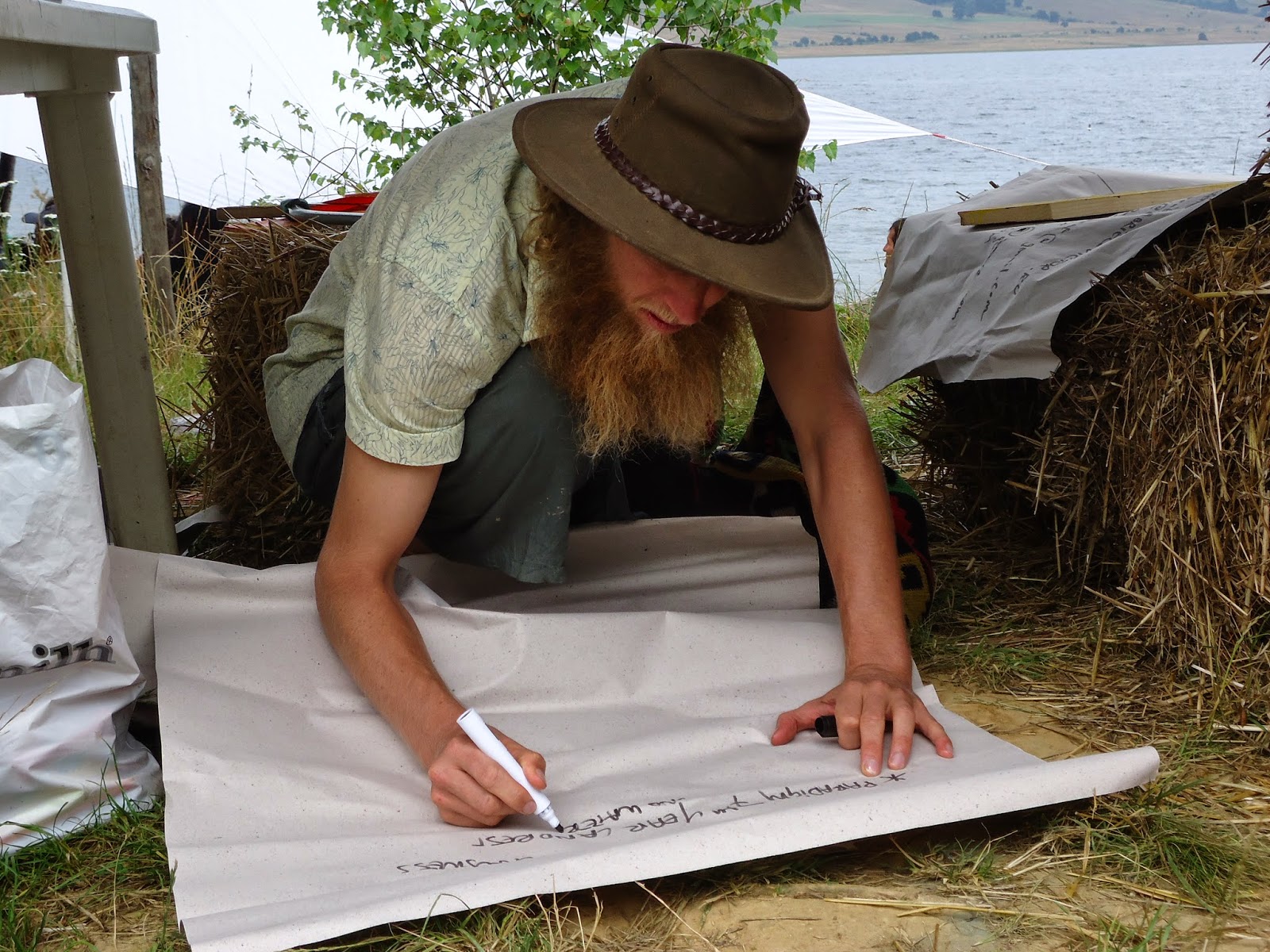 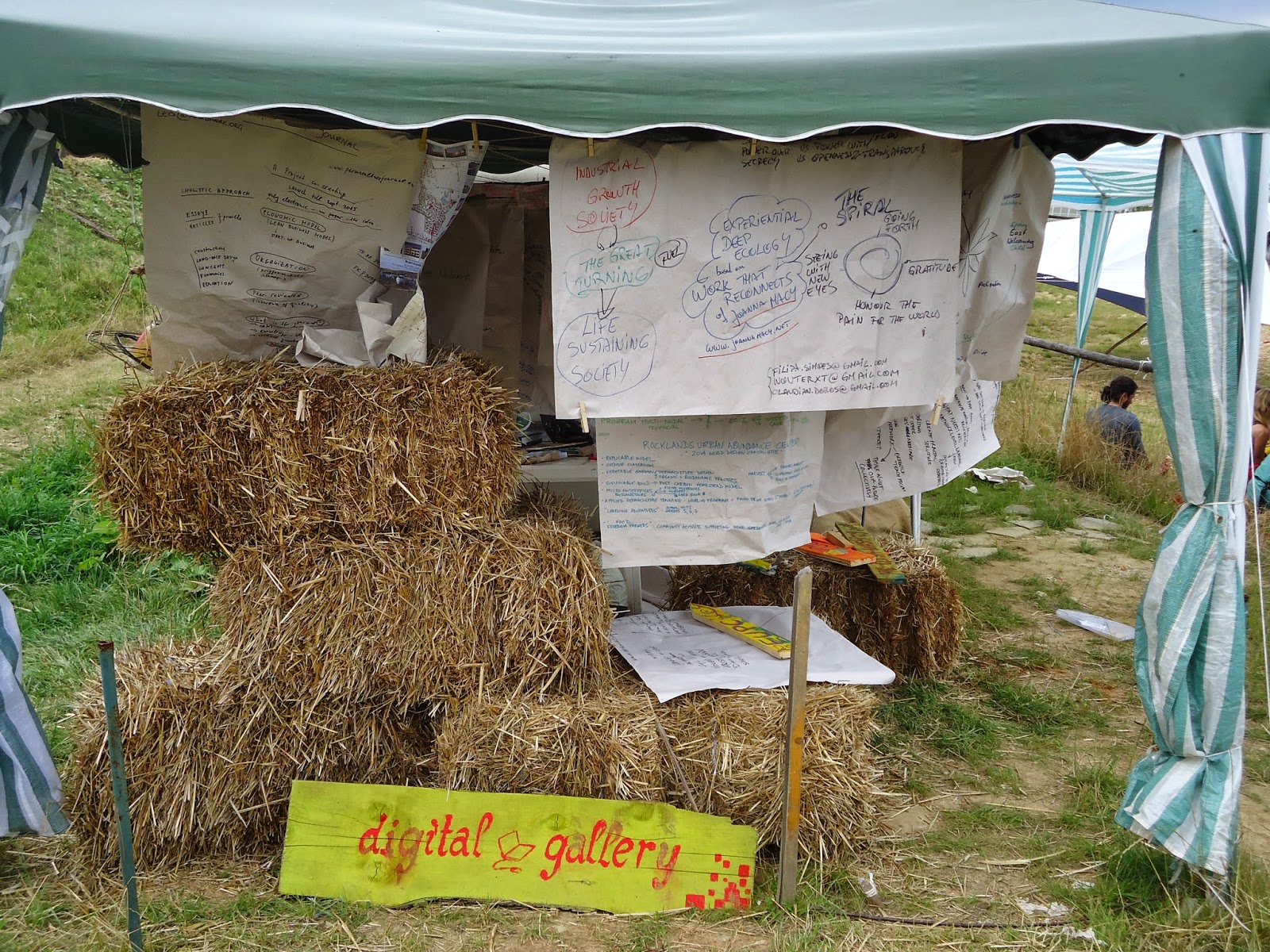 For our bodily needs an excellent team of cooks provided us with 3 excellent and varied vegan meals each day.  I thought I'd get bored with vegan after 5 days, but these guys did well. 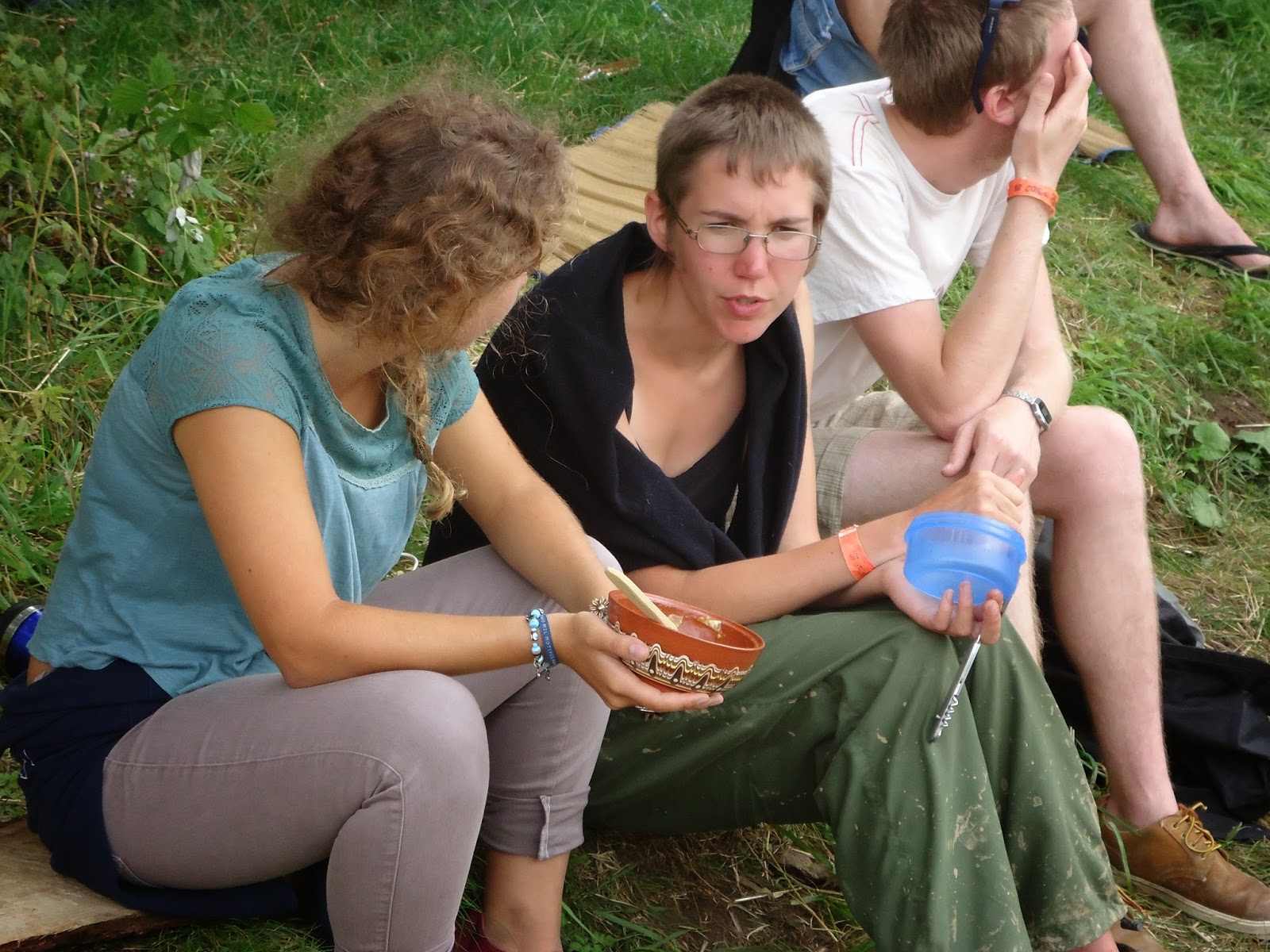 Finally, after an intense 5 days, it was time for the closing circle.  What had we learned?  What were we going to do next?  Everyone felt inspired and newly motivated, especially many of the Balkan participants who had, for lack of a network, felt rather isolated before this event. 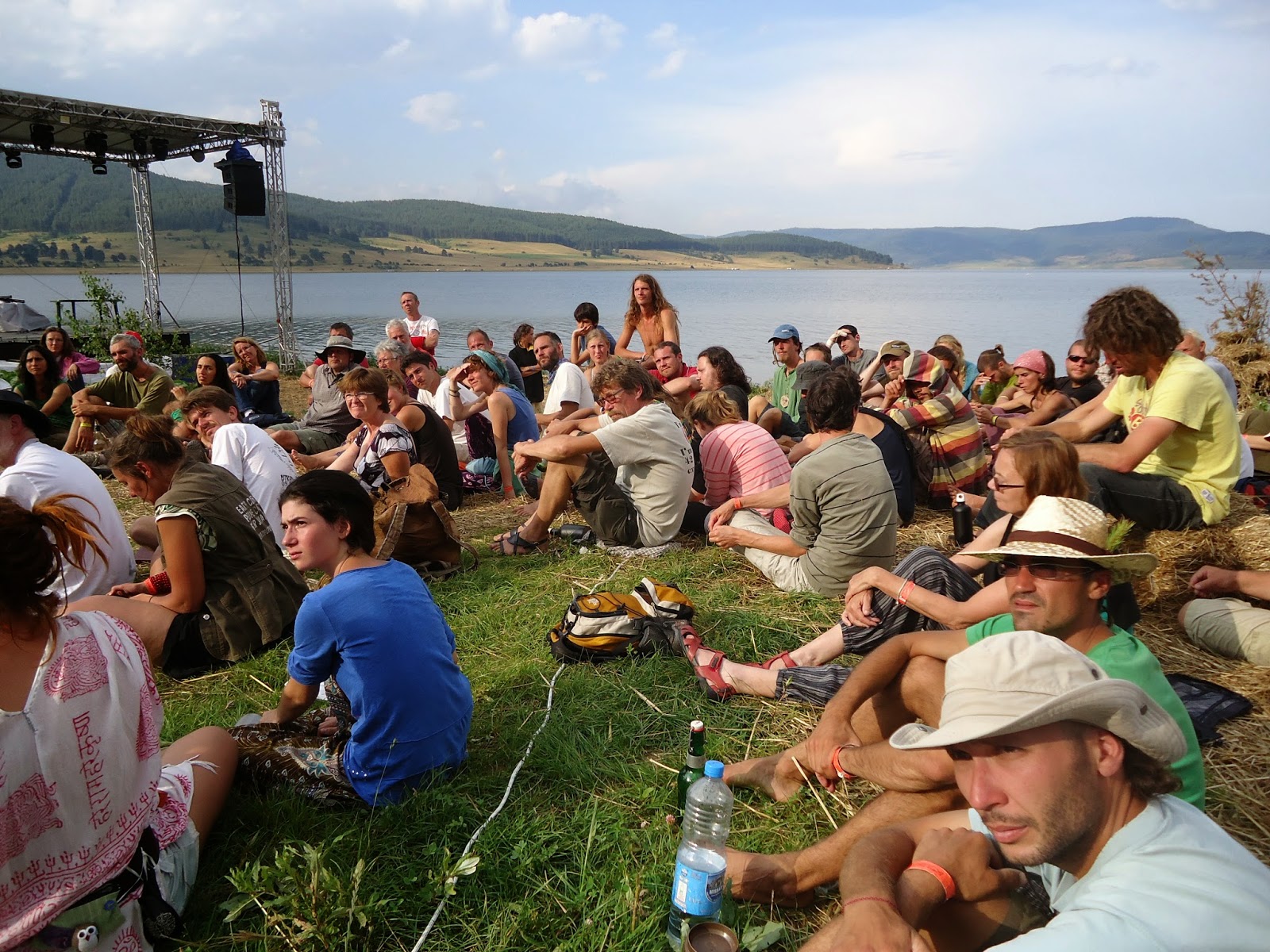 As for my next plans?  Yes I did get up and announce them. On the last night I had a drunken conversation with a fellow wine lover and we bemoaned the fact that wine generally came from monocultures.  And that there is precious little information out there on applying permaculture principles to viticulture.  Milcho, that was his name, then revealed to me that he wants to restore an old vineyard belonging to his grandparents.  And so a new project was born.  I'm intending to fill the knowledge gap and research the permaculture vineyard and plan to write a book on it.  As soon as I announced it I had a couple of people approach me immediately with some useful contacts.  So watch this space.

Now finally I hear you say, didn't he mention something about festival as well?  Abso-bloody-lutely.  I present to you 'EUPC -The Full Movie'.  Ok it's 35 minutes long, but it's got a lot of good music and celebration on it: 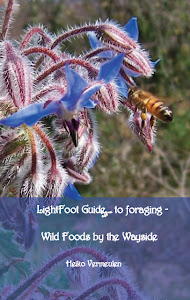